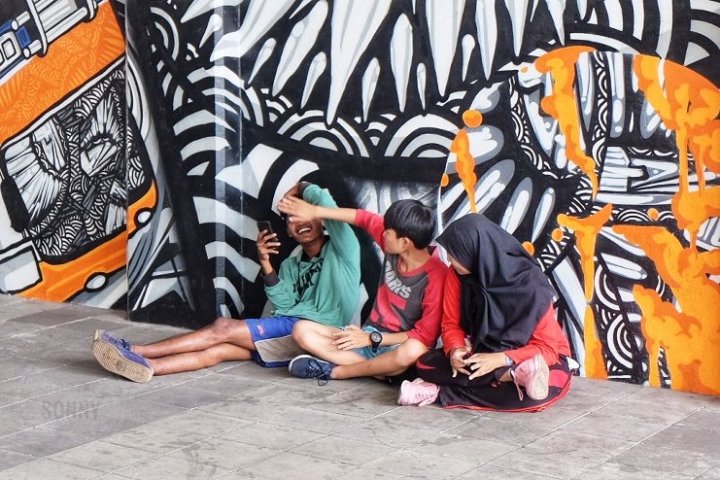 I’m happy to know that Kendal tunnel, the area connecting Dukuh Atas MRT Station, Sudirman KRL Commuter Line Station, and BNI City Railink Station, has changed to be a car & motorcycle-free zone. Now it becomes more comfortable for people to walk from one station to another station. Its tunnel’s walls are also beautified by the murals and customized changing-colors lightning. When I passed there, I also couple times saw that there were any music performances, art exhibitions, and even presentations. 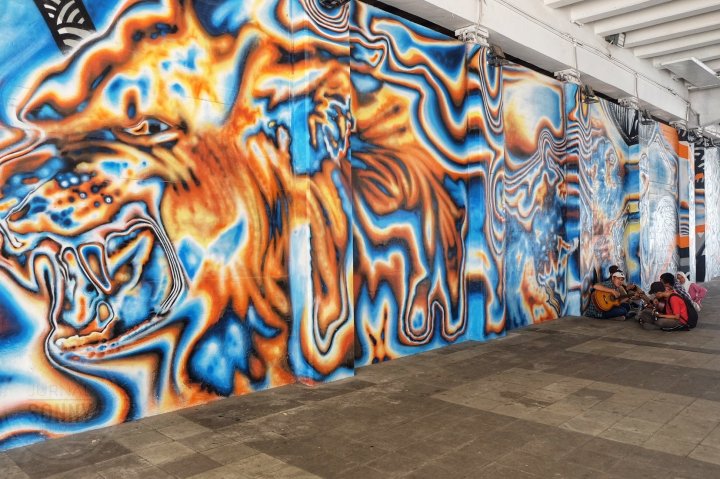 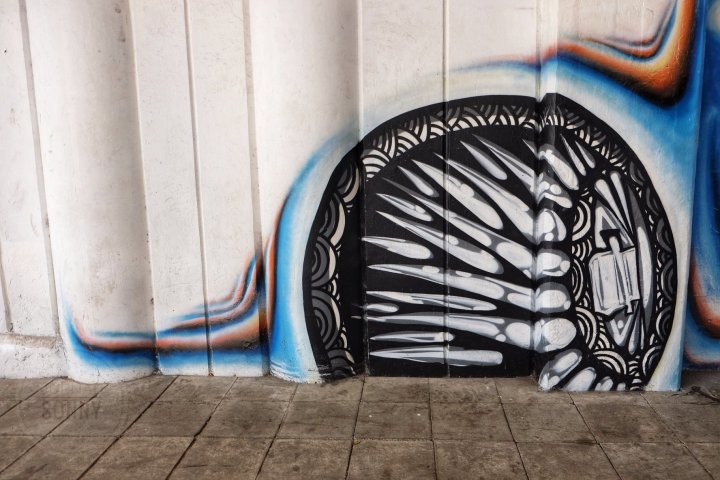 However, today I’m bit surprised to find the new mural with darker ambiance which is bit contrast to existing murals which are more colorful and cheerful. This is interesting and makes this place seem enriched. Moreover, I try to figure out the information the wall; who knows there’s something to read there there. Ya, I see an inscriptions showing that the mural is made for celebraring the 25th anniversary of Jakarta and Berlin as sister city. That’s interesting, isn’t it!

As I read on the inscription, I know that the art work is the collaboration between German artist Snyder and Indonesian artist Darbots. This work is also curated by Jakarta Art Council. This activity is also supported by Jakarta MRT. 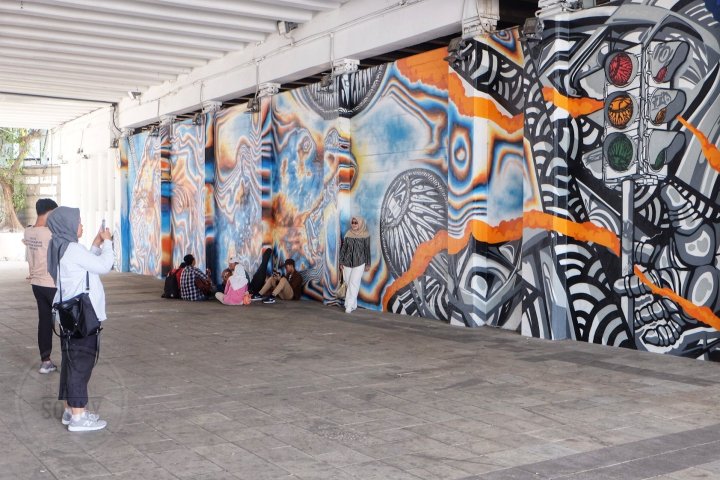 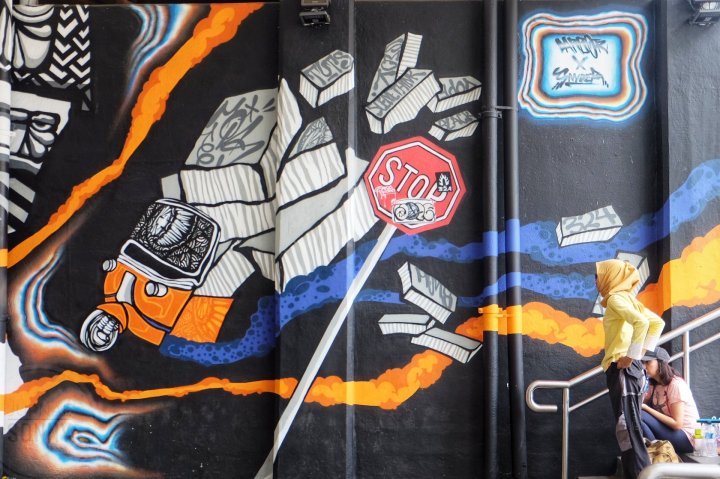 To be honest, in the first place I get difficulty to figure out the message of the image. Thus, I become curious to look for information about those two artists. After seeing images of their other works, I realize that they both have a specific style on their design so this is interesting to know that they can bring their own signature in form of mural collaboration. 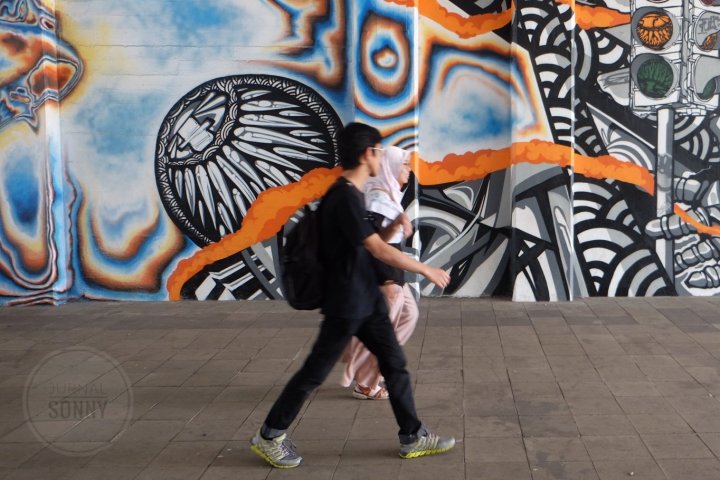 Maybe I can’t describe perfectly about that art work since I’m not an artist. However, I can say that their characters are well captured on their work. Snyder paints his signature with dynamic strong lines to create a tiger image. Meanwhile, Darbotz delivers his iconic character of something like squid. Previously, I’ve known a little about Darbotz from couple advertisements featuring him. In fact, he has been in this street art life for more than 15 years and he has made consistent works that eventually have shaped him as a brand.

So how about you? What do you think about the message of the mural?